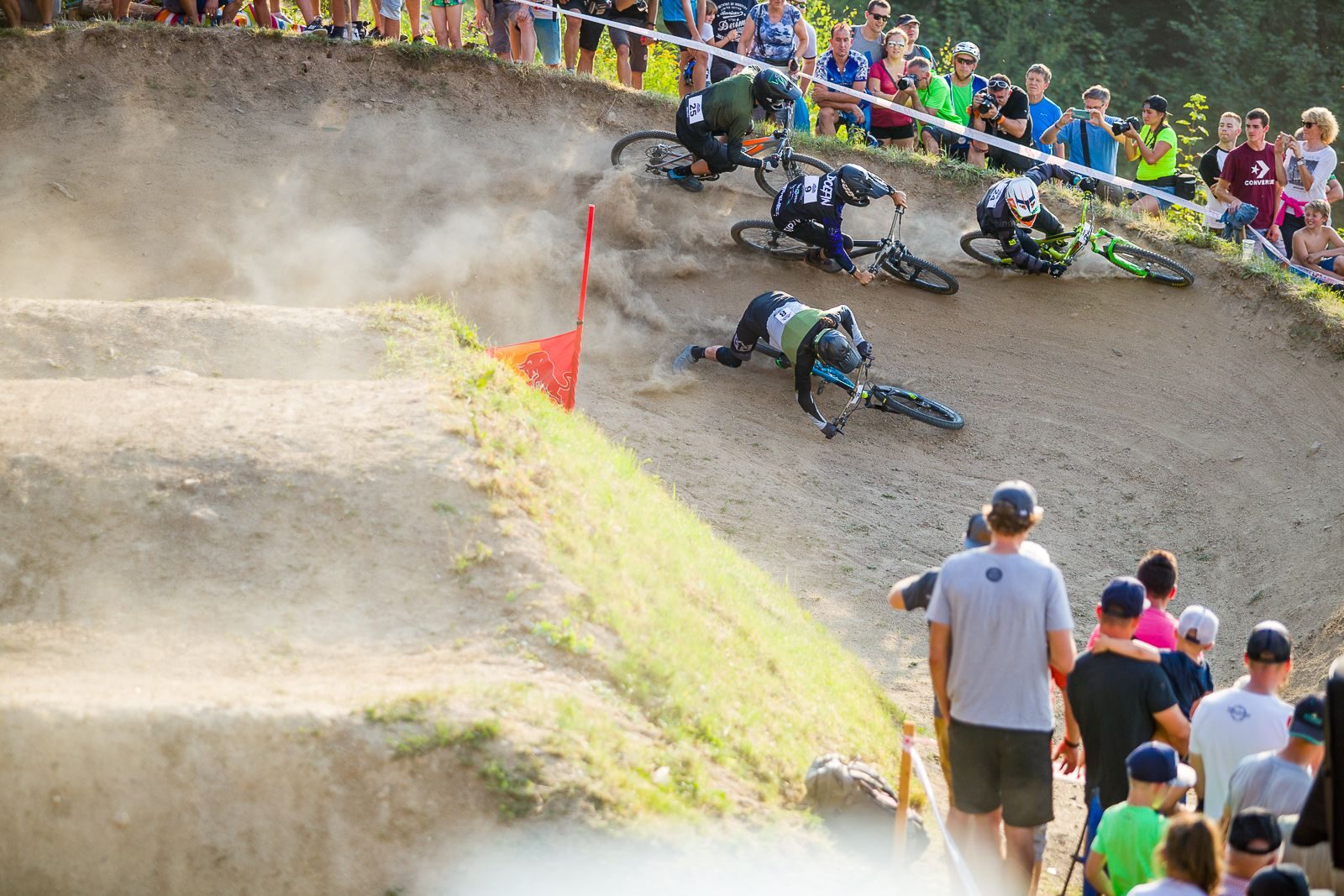 After a year’s hiatus to usual proceedings due to the coronavirus pandemic, the 4X Pro Tour has announced its five round series for 2021:

After the news that the iXS Dirt Masters festival has had to be moved to September, Fort William, Scotland will play host to Round 1 on May 22nd, alongside the UCI Downhill World Cup. Since the birth of international 4X way back in 2002, the Nevis Range has held some of the most spectacular 4X action, with big crowds and bar to bar racing.

The tour will then make its way to Poland on July 10th. Szczawno Zdroj, has been a regular on the circuit since 2012 where it hosted the European Championships. The floodlit track is renowned for its big crowds, huge jumps and high speeds.

Back in its eighth edition, there is no doubt that JBC 4X Revelations, will continue to prove itself as one of the wildest events on not only the 4X calendar but on the international MTB calendar. Jablonec nad Nisou, Czech Republic will host the legendary event on July 17th. Built by two-time World Champion, Tomas Slavik, both riders and bikes will be tested to their limit.

Round 4 on August 7th sees the introduction of a new venue, MSV Deirhoer in Eisenhüttenstadt, Germany. The course that was built by seasoned 4X racer, Klaus Beige, has already seen some high energy racing action, back in 2016, hosting the German 4X National Championships. This time, it will no doubt hold a great round for the series.

The series will conclude at the IXS Dirt Masters Festival, in Winterberg, Germany on May 14th. The festival has hosted the Pro Tour six times previously. However, after huge changes to the Bikepark at the tail end of 2019, it looks like racers will be facing a very different course.